Russian designer of man’s clothes and businessman, art history PhD and member of the Russian Union of Designers, academician of the National Academy of Fashion Industry. 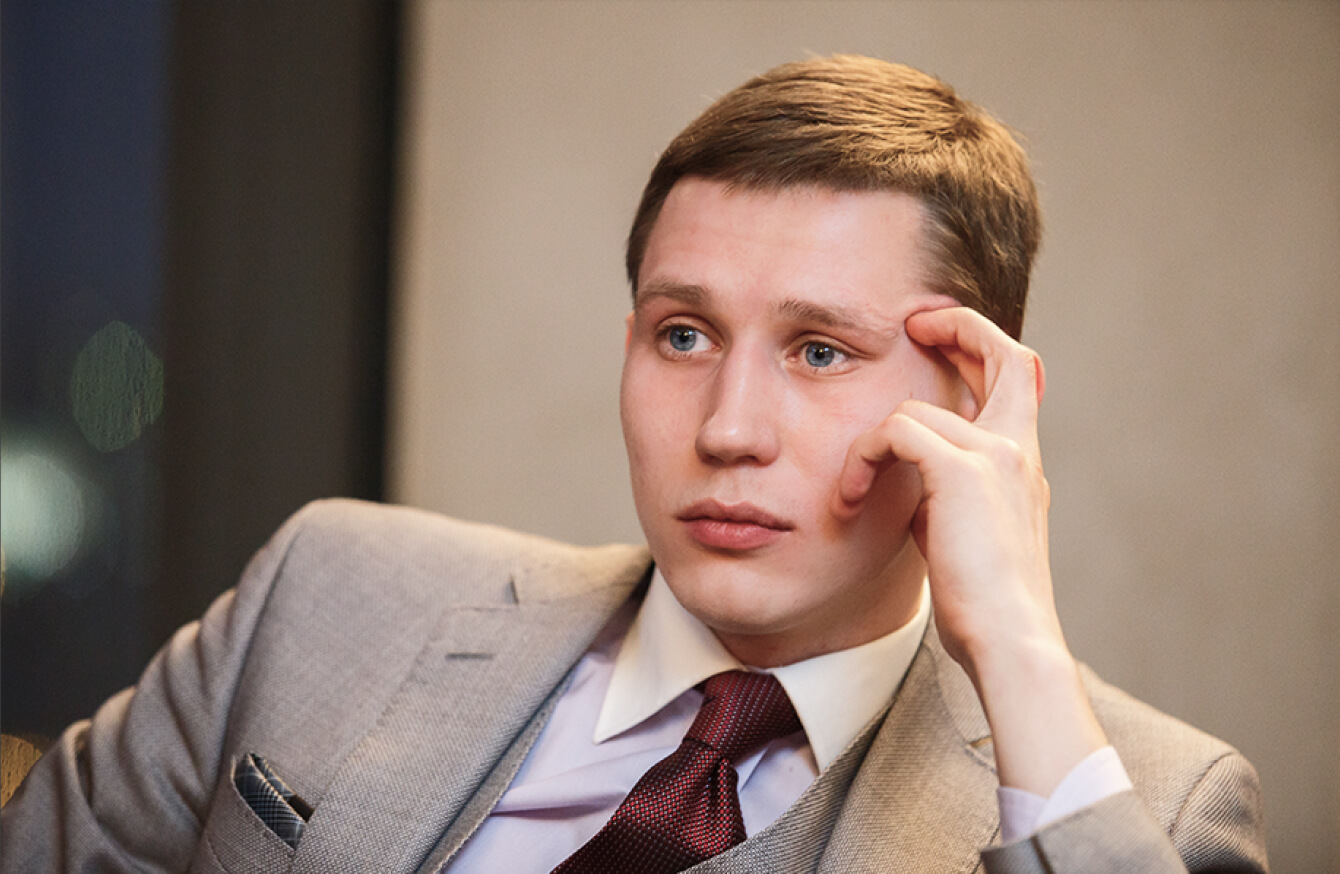 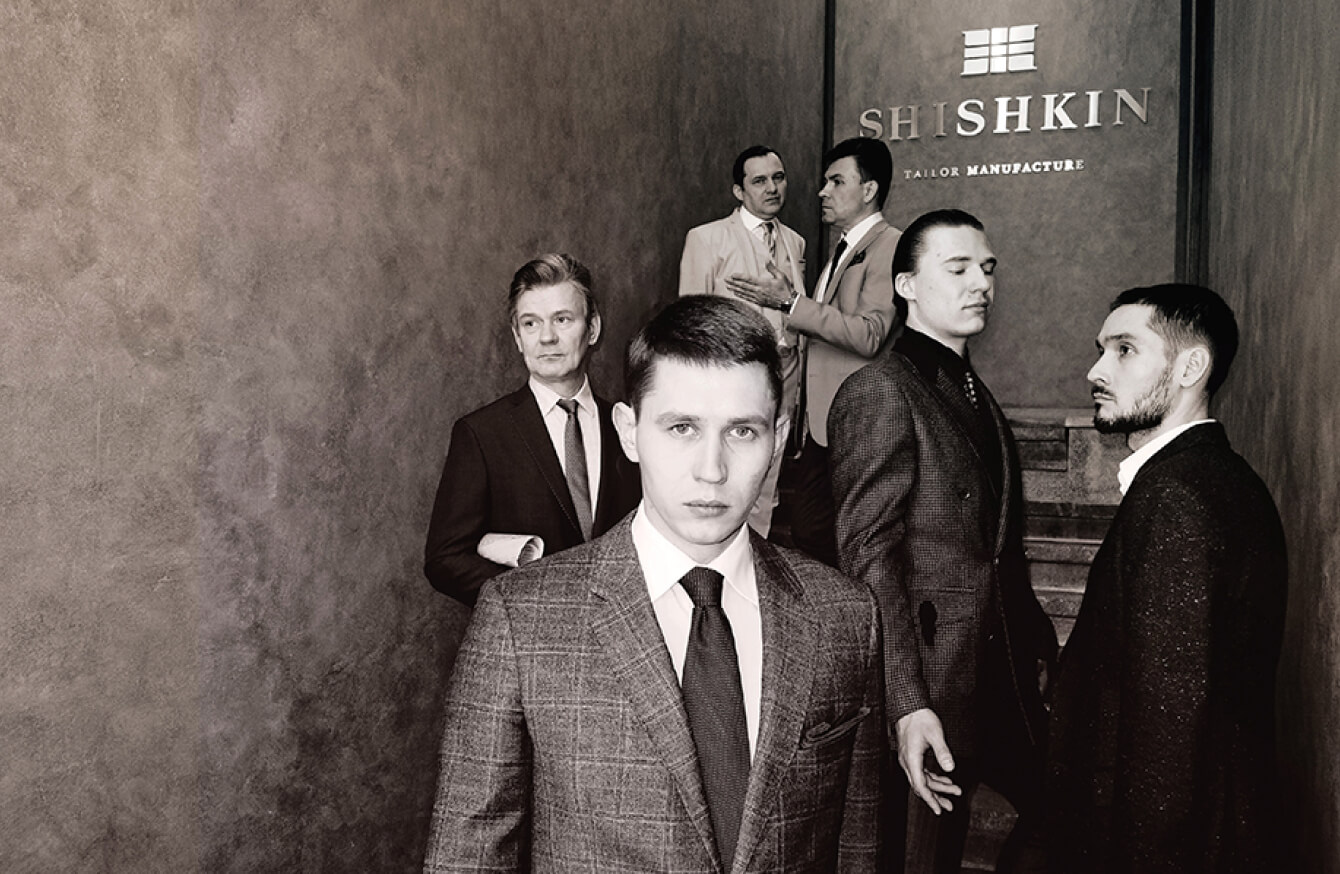 Start of the career

Dmitriy Shishkin in his teens became interested in fashion design and gradually began to design and create things for himself and his surrounding community. In his student years, a hobby turned into a profession, and from the first courses of the university Dmitry Shishkin began to actively accept individual orders.

From the age of 18 he had publishing professional articles about men’s fashion in slick magazines, business publication and thematic websites. Dmitriy Shishkin at the beginning of 2009, as a fourth-year student at USLU, at the age of 20 registered his first company Athena Pallada LLC and opened the SHISHKIN Fashion House in the centre of Yekaterinburg.

In 2012 Dmitriy Shishkin with his extensive practice entered Ural Federal University at the Department of Art History. He received fundamental knowledge in the humanitarian sphere and researched evolution of men’s fashion with his scientific directors, Golynets Sergey Vasilyevich and his wife Golynets Galina Vladimirovna. The theme of the Ph.D. thesis: «The dialectics of the evolution of the male costume».

In 2013 he created «KONSTRUKTIVIZM» avant-grade collection, inspired by monuments of the era of constructivism. The show took place in the art space «Press House» and had a great resonance in society. 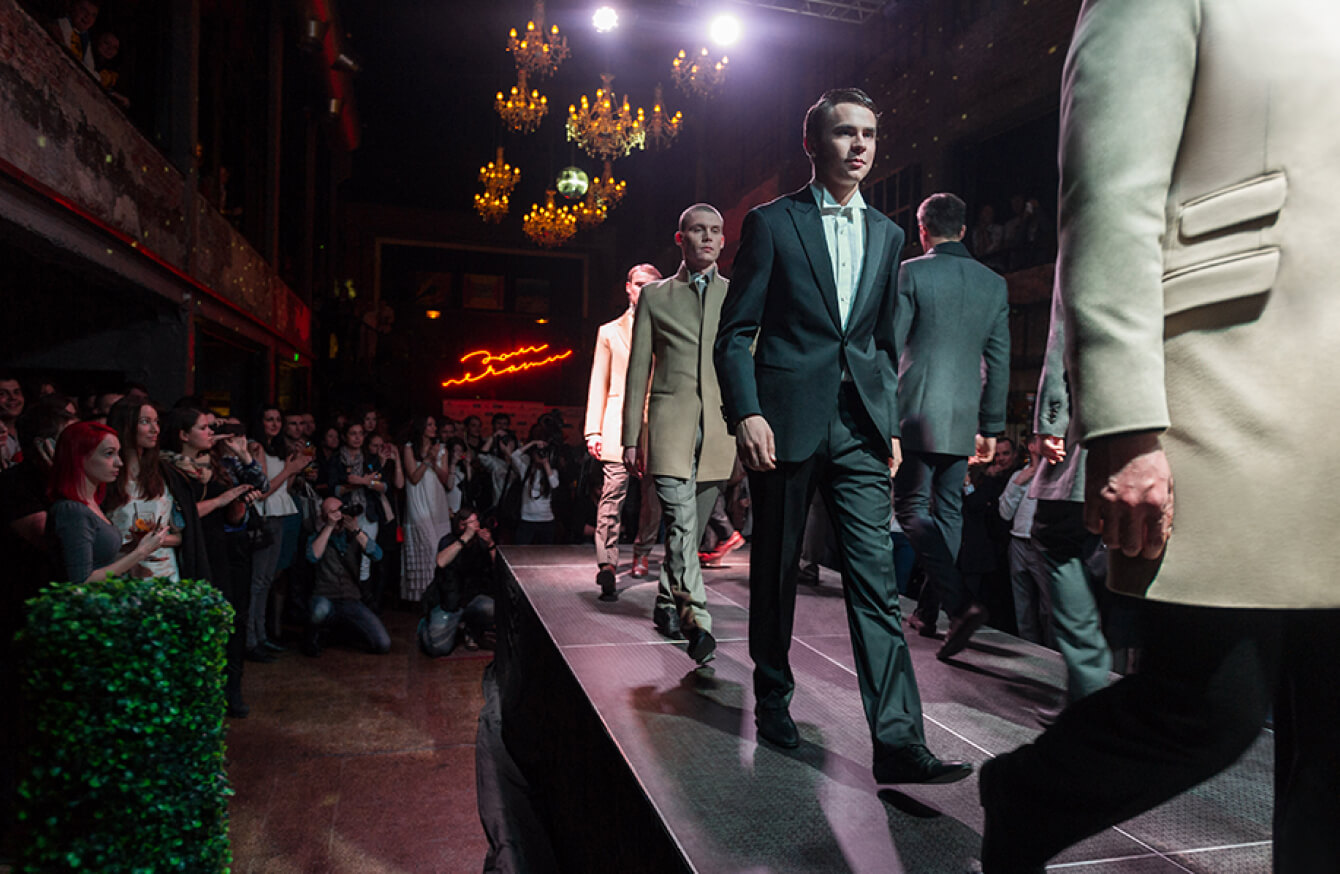 In 2014 Dmitriy Shishkin became a member of The Russian Union of Designers.

In 2015 Dmitriy Shishkin became 45th in row and at the same time the youngest academician of the National Academy of Fashion Industry, received an academic diploma from the hands of V. M. Zaitsev.

In 2016, as a designer, Dmitriy Shishkin was nominated for the prestigious award of the magazine «Dog» «Top 50. The most famous people»

In 2016 GC «Tailoring Manufactory «SHISHKIN» became a full member of the Union of Entrepreneurs of Textile and Light Industry led by designer. 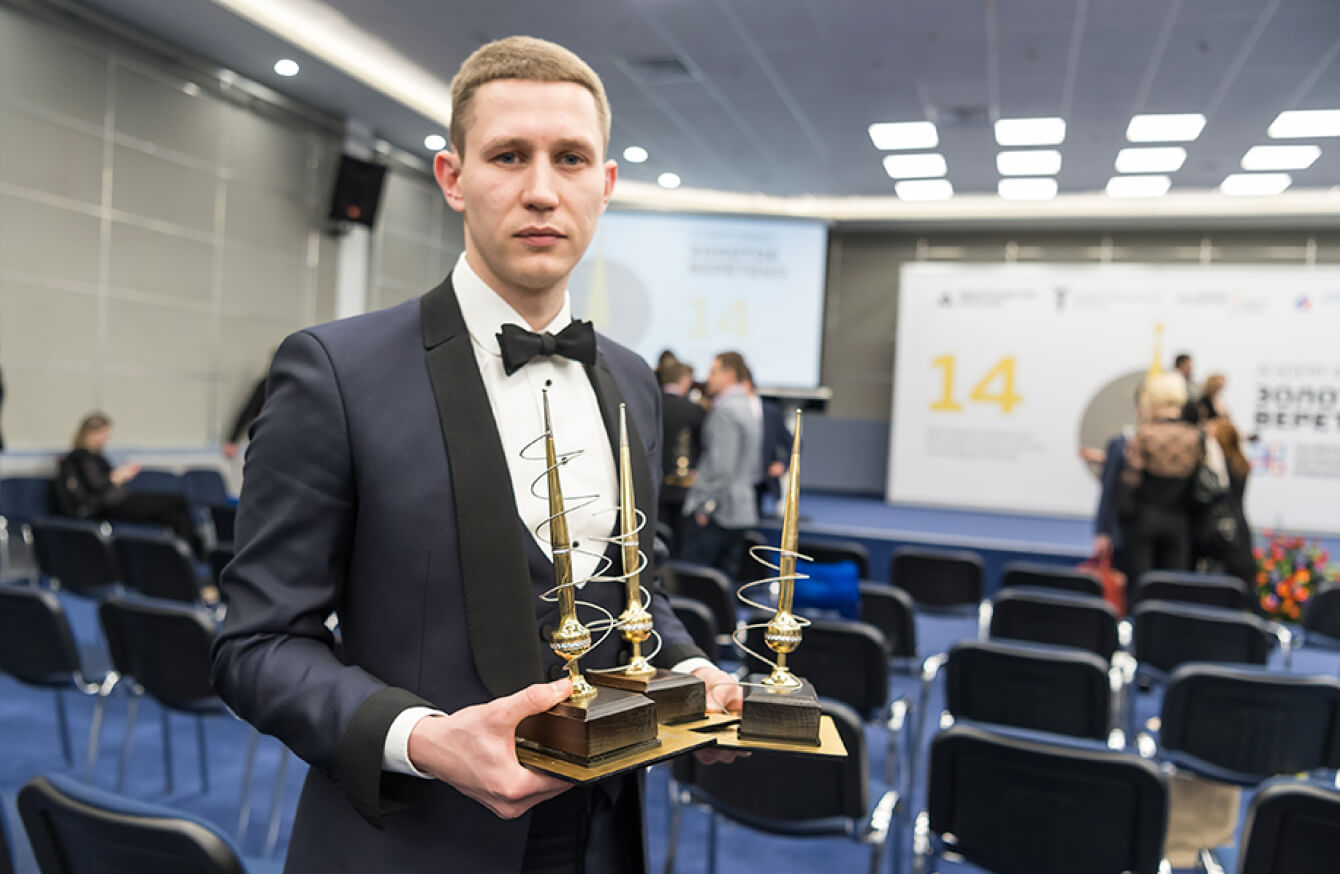 In 2015, Dmitry Shishkin founded the first «Bespoke Atelier» — an artisan syndicate — based on the highly skilled tailors, specializing in high-end classical menswear tailoring.

Bespoke Atelier is located in the historical center of Yekaterinburg. It occupies around 1000 sq.m. of production space, the total number of employees is up to 100 people. We produce up to 400 pcs of men outwear and premium class accessories per month.

Our manufacturing facility includes a spacious office for meeting our customers, a showroom, a design office and laboratory. Major part of our facility is occupied by the tailoring workshops.

In 2017, Dmitry Shishkin founded his second large company in Yekaterinburg – the ‘Uniform Atelier’. This innovative garment factory, as part of a corporate program, develops, manufactures and supplies industrial collections of sports and casual style garment and accessories. We implement advanced technologies in the garment industry at all stages of manufacturing, using computer-aided systems covering the entire production cycle of garment manufacturing.

The ‘Uniform Atelier’ started operating in March 2017. The occupied area is 1,900 square meters, the total number of employees is up to 200 people. Investment amounted to more than 100 million rubles. At this stage, our production is set to manufacture up to 22,000 pcs per month. The “Uniform Atelier” is a resident of the Skolkovo Technopark.

Since 2017, Dmitry Shishkin and his innovative garment manufacturing «Uniform Atelier» («SHISHKIN Tailor Manufacture» Group of Companies) are full members at the Main Industrial Exhibition of the Russian Federation – INNOPROM. Our products receive highly positive feedback from both media and exhibition visitors, as well as from the regional and state leaders.

In particular, sportswear (vests with the Russian tricolor and ‘MADE in URAL’ symbol, made of titanium silk — a heavy-duty and lightweight mesh fabric based on titanium nano-thread. This nano-thread is produced in the Urals from local raw materials and used across the world in surgery) manufactured by «Uniform Atelier» on behalf of the Sverdlovsk Region with the ‘Made in Ural’ logo, was given to the President of the Russian Federation Vladimir Putin, Prime Minister Dmitry Medvedev, Governor of the Sverdlovsk Region Kuyvashev E.V. and few other high-ranking public officials.

The challenging 2020 only strengthened our production resources in the «SHISHKIN Tailor Manufacture» Group. All production capacities of the Group were reconfigured to solve socially significant tasks — the mass production of personal safety wear.

We have launched extensive retail sales of the «PUTIN TEAM» garment and accessories collection, followed by entering the international market.

Also, the following approvals has been obtained:

Back in fall of 2020, our company was granted a status of the Contract Manufacturing Exchange (CME) operator – the Moscow Innovation Cluster service to support businesses, interested in loading the idle capacities.

In 2021 the «SHISHKIN Uniform Atelier» digital garment factory was awarded to the State Quality Mark. Dmitry Shishkin was honored to the title of the Honorary Worker of the Textile and Consumer Goods Industry.

Another significant event in 2021 was a grand opening of our first «Putin Team» official store in the city of Gelendzhik. The launch of our retail network of high-tech garment stores.

December 16, 2021: the «SHISHKIN Uniform Atelier» designer Dmitry Shishkin was officially awarded by the Government of the Russian Federation in the field of product and service quality, ensuring their safety, as well as for the introduction of highly effective quality management methods. The award was granted by Yuri Borisov, the Deputy Prime Minister of the Russian Federation.

Beginning of 2022: opening of the Winter Olympics in Beijing. The «SHISHKIN Uniform Atelier» factory created a dress uniform for the Olympic team of Kazakhstan.